Page location:Home > Press Room > What are the common methods for processing gearboxes?

What are the common methods for processing gearboxes?

This milling method belongs to the forming method.When milling, the workpiece is installed on the indexing head of the milling machine, and the gear teeth are milled with a disc (or finger) milling cutter with a certain modulus.After machining one tooth gap, it is indexed, and then the next tooth gap is milled.Gear milling features: simple equipment; low tool cost; low productivity; low gear machining accuracy.The tooth profile shape of the gear depends on the size of the base circle (related to the number of teeth of the gear).The forming method of gear milling requires simple movement and does not require a special machine tool, but requires an indexing head for division, resulting in low production efficiency.This method is generally used to produce low-precision gears in small batches.

The gear hobbing principle is to simulate the meshing and rolling process of a pair of helical gears with staggered axes.When the number of teeth of one of the gears is reduced to one or a few, the helix angle of the gear teeth becomes large and it becomes a worm.Then the worm is slotted and the shovel back becomes a gear hob.When the machine tool makes the hob and the workpiece rotate in strict accordance with the transmission ratio of a pair of helical cylindrical gears, the hob can continuously cut and hob gears on the workpiece.Features: a. Good adaptability; b. High productivity; c. The surface roughness of the processed tooth profile is greater than the surface roughness of the tooth profile processed; d. Mainly usedMachining spur gears, Helical gears, worm gears.

Honing is a gear finishing method that hardens the tooth surface.The relative motion relationship between the honing wheel and the workpiece is the same as that of gear shaving. The difference is that the honing wheel as a tool is a plastic gear cast or hot pressed with silicon carbide abrasive and epoxy resin as a binder.

The main feature of gear grinding is: high machining accuracy, generally IT4 ~ 6 can be achieved.Due to the forced meshing, not only errors can be corrected, but also gears with high surface hardness can be processed. 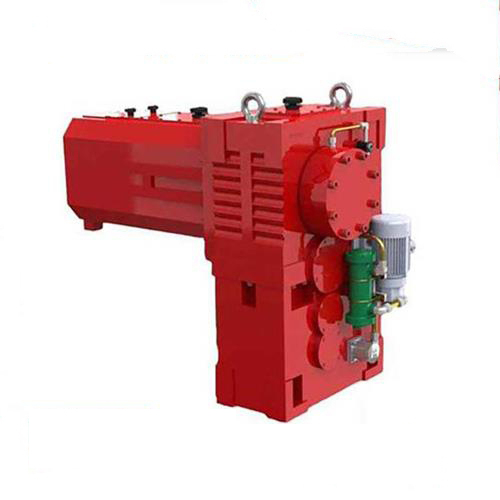 Briefly describe the principle and technological process of processing gearboxes2021-07-22
Machining gearbox company tells you how to reduce the noise of gearbox2021-06-30
How to process the gearbox?What is special about gearbox processing?2021-06-15
XINLAN Seiko will explain the four major assemblies of marine gearboxes!2021-06-01
How to choose a professional gearbox company?Come to see XINLAN Seiko Machinery Co., Ltd.2021-05-20
What are the common methods for processing gearboxes?2021-05-14